How to find a cool pirate costume

You might think that it’s hard getting the best pirate costume nowadays, and we aren’t here to contradict you. The variety of products available for sale, as well as the broad array of DIY projects you might want to try out,  can make it difficult for you to make up your mind about what you’re after.

Pirates come in various shapes, sizes, and play different parts. You can choose to be a generic pirate, or you can go for interpreting specific pirates like Jack Sparrow, Blackbeard, Captain Hook, Morgan Adams from Cutthroat Island, or the amazing Captain Barbossa. Many branded costumes tend to cost a pretty penny when compared to the generic ones, so do keep that in mind.

Your physical attributes should also come into play if you want to make sure that your attire is really capable of making an impression. A right fit is sometimes better than anything else as it can make or break your Halloween appearance. To find out more about how to select the right Halloween costume for tweens, teenagers, kids, and adults, we suggest you keep on reading.

How we chose the coolest pirate costumes

Although you might have gone through dozens of pirate costumes reviews, you might have come up empty-handed. Here’s where we come in and give you a hand. Our straightforward buyer’s guide can tell you just what aspects you need to focus on whenever you’re in the market for a new pirate vixen costume or just a badass one. 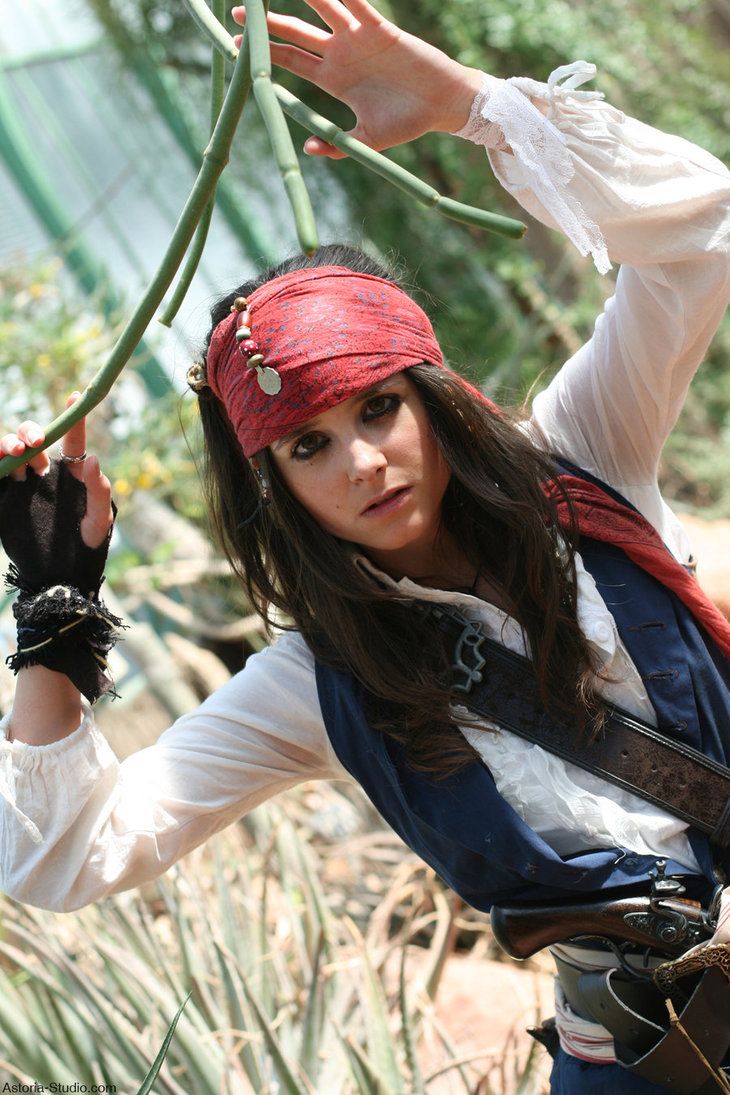 It goes without saying that a lady can be interested in getting and wearing a pirate costume with corset, but that might not be the case with a man unless he’s gifted with an adventurous sense of humor. The point that we are trying to make is that you ought to consider the gender before starting to scour the internet for the right product.

You can mix it up whether you’re male or female, which is to say that you can always portray the other gender’s typical pirate. After all, even girls can be Jack Sparrow for one night of the year, particularly if they are so inclined and appreciate masculine characters more than feminine ones.

Does your costume need to be age-appropriate or can you go wild? If you’re going trick or treating with the kids, it might not be far-fetched to say that your attire has to be somewhat decent. The same goes for that of the kids.

When looking at kids costumes for Halloween, it is a good idea to concentrate on purchasing the right model size. There are heaps of size charts available out there, and most can be found on the manufacturers’ official websites. Do consider that kids tend to grow up very fast, and so wearing the costume time and again might not be possible. However, you can always sell it and get something else for the next spooky celebration.

Do you want to be a specific pirate?

Of all of the things you may have to consider, the design of the costume is by far the most important one. As we were saying at the beginning of the guide, you can be any pirate or a particular one.

Usually, licensed models can cost a tad more compared to their non-licensed counterparts. You don’t need a lot of money to have fun on Halloween, and usually, the right makeup for a pirate costume can make all the difference. Think of Jack Sparrow, who we’ve mentioned over and over again. He wouldn’t be the same without that eyeliner, right?

Surely there are online tutorials that can help you achieve the look you are after, which is why we recommend doing a bit of research before deciding to invest in a particular costume. Keep in mind that you might get bored with the pirate by next year, and maybe you won’t want to wear the same costume. Diversity is fun, especially when it comes to the holidays.

You can also get separate parts for the whole ensemble. For instance, we’ve noticed that hats that come with a bandana and dreads are popular with heaps of users. To be a pirate, all you need is a long, worn-out jacket and a shaggy beard or imaginative makeup. The pants need to be worn out, as well, and if you can invest in a cheap artificial leather pair of boots, all the better.

Use your creative muscle

There are thousands of online reviews and creative tutorials that you can utilize to make your own pirate look, just as you want it to be. You can even make your own corset if that’s what’s on your mind. Of course, all of these require a bit of work, and if time is of the essence, you might do without a DIY project at this moment.

However, you can at least be creative when it comes to your makeup. Don’t be afraid to try out new things as they make the whole Halloween experience a lot more exciting. Accessorize as much as possible. Pirates are charming, in their unique way, and that goes for female ones especially. What would they be without the right dress, makeup, and eye-catching earrings? 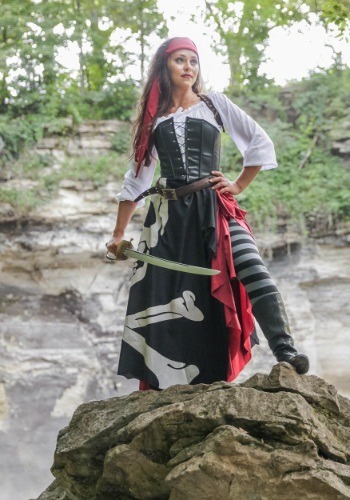 Just like we were saying earlier on, you might not want to invest a lot of money in a pirate costume for this year’s celebration; perhaps you won’t want to wear it again next year. Even so, you do have to feel comfortable while wearing the costume, which is why we recommend going for one that’s made of blended fabrics. Cotton, polyester, nylon, and a variety of other mixes are to be preferred.

Choosing attire made of synthetic fabrics or natural ones entirely is not a good idea. Nylon or polyester can get stretched out over time if they are not mixed with something else. Furthermore, cotton T-shirts are great if you want to be extremely comfortable, but they do a poor job when it comes to withstanding the test of time.

7 Cool pirate costumes to bring out the Jack Sparrow in you was last modified: November 13th, 2017 by