6 tips on how to remain calm with people

Dealing with people on a regular basis can be both exciting and exhausting. While you’ll come across amazing life stories and great people, some days you’ll feel like hiding yourself from the world.

So, if your job implies interacting with people daily or, even worse, mediating conflicts between people, congratulations for not losing it! However, if you’re in need of new techniques for keeping your cool, perhaps our following tips will come in handy. 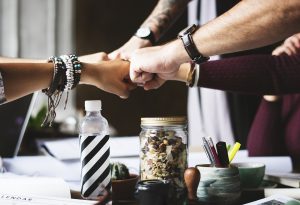 As simple as it may seem, many people don’t know that several breathing techniques can help reduce stress and make you calmer.

Whenever you feel like you cannot deal with things anymore, allow yourself a moment alone. Clear your mind for a second and inhale as deep as you can with your eyes closed. Exhale strongly while opening your eyes. Repeat this technique for five-ten times until you manage to remove all your thoughts from your mind.

Applying this technique won’t take you more than a few minutes, but it could prove extremely beneficial for your zen and mental health in the long run.

Getting into an argument is never a good thing because you’ll easily end up saying things that you will regret moments later, especially if you don’t need a fire starter to cause trouble. So, the best thing to do in this case is to take a step back and allow yourself a pause. Not saying exactly what’s on your mind could be the best thing to do to put an end to a fight or an argument.

The definition of an argument is when two people have different opinions, and both of them think they are right. In order to avoid these situations and remain calm even in stressful situations, it is best to understand to see the other person’s point of view.

This is extremely important when getting into a fight with your loved ones as, most of the times, strong feelings can affect your ability to think clearly.

So, the next time you find yourself in a fight with your spouse or loved one, try putting yourself in his or her shoes. Would you have done the same? If not, how would you have solved the situation? Asking these simple questions in your mind can easily determine you to take a step back and understand why that person acted in a certain way. 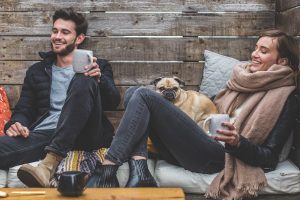 Sometimes, the hardest thing to do around people is to remain neutral. We are beings led by our emotions, so we cannot be completely objective without showing visible signs of psychopathy.

Nevertheless, you can learn to stay neutral by detaching yourself from a certain situation. Stop seeing it through your own eyes and admit that personal sympathies should be left aside when judging.

Keep in mind that no human being is perfect and that we all have our good parts and bad parts. Don’t let your personal experiences affect your ability to judge that situation.

Whenever you deal with a conflict that is about to escalate, learn to be the one who’s taking a step back. Leave the room and allow yourself a few moments to regroup. However, consider that this strategy could be seen as an abandon by the other person, so you need to make yourself clear from the beginning.

Start by saying that you’re not stalling, but you merely require some moments to calm down. After all, answering fire with fire is never a good thing to do.

The Roman poet Ausonius said, “He who does not know to be silent will not know how to speak.”

Sometimes, silence can speak louder than words so learn to embrace it. You don’t have to have the last word in an argument just to prove your point. On the contrary, in some cases, staying silent is not a sign of weakness but one of maturity.

Listening to others is a significant part of becoming more tolerant and learning how to do deal with people, so you must practice not saying your opinion.

6 tips on how to remain calm with people was last modified: December 12th, 2019 by