Although there are still a few months to go until the scariest night of the year, for some people, it’s never too early to look for the coolest Halloween costumes for tweens. From horror-inspired characters to their favorite heroes from Game of Thrones, teens seem to know exactly what they want to impress their colleagues at the best Halloween parties.

However, if you still have doubts about picking the right scary costumes for parties, here are some of our favorite suggestions on the market right now.

The product is available in four different sizes, and it was developed explicitly for teenagers and young women. It is made of polyester and is soft enough to provide extreme comfort all night long.

The costume consists of a knit dress with polyurethane foam collar. The oversized bell sleeves and collar provide a dramatic effect, helping your child look as scary as possible. The costume comes in a black and maroon color combination with maroon lace inserts on the front.

You can complete the look with a pair of fake fangs and a dramatic makeup.

Everyone wants to be a cool vampire for Halloween, and children are no exception. This cute costume is specifically designed for little boys who want to be scary and enjoy a fruitful trick or treating night.

The product is available in three different sizes and is made of 100% polyester. It consists of a long black jacket with an attached white shirt front, as well as a vest in the color of blood. The pants are made of the same black fabric and feature a loose cut to ensure maximum comfort while wearing the costume.

This cool interpretation of the classic vampire costume will certainly make your little girl look her best. It is available in eight different sizes so make sure you check the manufacturer’s sizing guide before ordering the costume online.

It is made of 100% polyester that is soft and which won’t cause skin allergies or rashes. The costume consists of a cape with collar and a bat medallion on the neck. The bell sleeves and the transparent bat wings attached add a touch of drama to this attire.

Most of the customers who ordered the product said it fit well and the design was authentic.

If you wish to add a twist to the regular vampire costumes, this one from the reputed brand California Costumes could prove the winning choice. It channels the Victorian age with a touch of modernism thanks to the short black dress and the tutu skirt.

The costume comes with matching wings, leggings, and gloves for a complete and authentic look. You will also receive a neck piece with a bat pin for extra drama. Complete the attire with smokey eye makeup, blood-red lips, and a pair of cool vampire fangs, and you’ll certainly win the costume award.

This simple yet authentic vampire costume channels the original version of Bram Stoker’s Dracula character. It is made of 100% polyester and represents the perfect attire for parties or cosplays.

It is delivered in only one size but will fit numerous body types. The child size cape and batwing edges can be combined with a classic pair of black pants and a white shirt. All you need now is the perfect vampire makeup that includes white face paint, drops of fake blood, and a cool pair of vampire fangs.

How to find a cool vampire costume

Let’s assume that you’ve arrived here because you want to dress up as Dracula or as Nosferatu. Vampires have been around us for decades without losing an ounce of style, they are as popular now as they were years ago. Movies, tv series and even video games made sure that our culture is filled with bats, coffins, and fangs. It’s not that hard to figure out why vampires have always been popular.

Unlike other monsters they are more seductive, they are immortal and possess the ability to fly among others. You could say that vampires were the original superheroes, only that they were evil. Nowadays you can find plenty of choices of costumes to properly enjoy Halloween. From the vampire costumes for sale, you could choose to dress up as Blade, Edward Cullen or the original badass, Dracula.

If you wish, you could pair up with someone to form a somewhat undead couple, you being the vampire and your partner can rock an awesome zombie costume. With so many great Halloween costumes for guys, we know that it’s quite difficult to find exactly what you wish for, but you had the good fortune of finding this article which was made with the thought of helping you.

How we chose the coolest vampire costumes

Vampires go hand-in-hand with costume parties of all kinds, including Halloween-themed ones. The only downside (if you care to look at it that way) is that there are a lot of different types which you can choose from so finding your pick might seem like a hassle for some. After we’ve looked through vampire costume reviews we’ve managed to put together this comprehensive buying guide which is sure to at least put you on the right path of finding what you wish for. 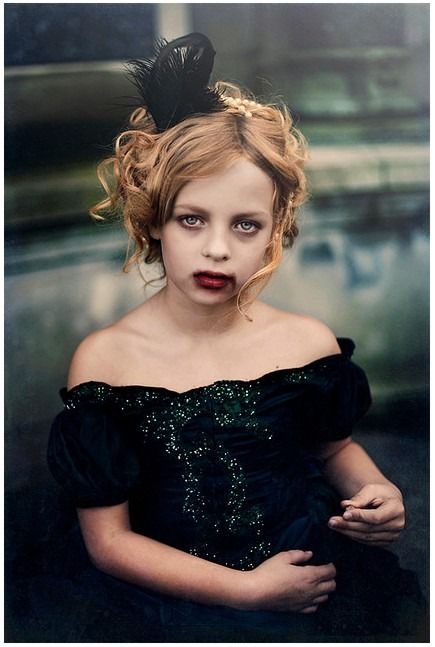 There are a good number of options if you would like a more traditional approach when it comes to dressing up as a vampire. Nosferatu appeared into our culture via the 1922 German horror film and since then it became a cult classic, the movie is regarded as a masterpiece of great influence towards the horror genre.

So it doesn’t come as a surprise that the bald vampire is still a source of inspiration for costumes all around the world. If this costume is too retro for your taste, with its claw-like hands and simple black clothing, perhaps you’d like a more flamboyant outfit.

And what is more strikingly bold than a cape? An instantly recognizable example of a traditional vampire is the Prince of Darkness himself, Dracula. Although its roots spawn from the Romanian Middle Age (which we won’t discuss in detail here), Dracula is well known because of the eponymous novel and numerous film adaptations.

So the choice is yours, if you wish to be a hardcore, chilling scary vampire, then you have Nosferatu and its likes. However, if you feel more at home wearing capes and rich, elegant clothing, perhaps Dracula is more your style.

As you’d do with any article of clothing, you should take extra measures to make sure you get an outfit that fits you just right. You might consider that the size of a costume isn’t as important as the one for regular clothing but we advise you should pay at least the same amount of attention especially if you plan on wearing the costume for hours.

You’ll see that many costumes come with a “one size fits all” characteristic, meaning that these costumes are made to fit an average adult male or female. This might prove to be quite problematic for those who don’t find themselves on the average spectrum.

Most costumes come with information displayed on the site on which they are displayed. It usually consists of a chart that explains the different sizes that the manufacturer can ensure to make available.

If traditional is not the way you want to go for your Halloween party, then perhaps you’d like a more contemporary vampire costume. Luckily, there are plenty of choices available, such as the vampires from Twilight or Buffy the Vampire Slayer, if we are to mention movies and tv shows. But if you are more inclined towards literature, then who can forget about Anne Rice’s novels that feature some of the most captivating vampires.

Movies have the advantage of showing you how the costume is supposed to look, while books tell you how a character is dressed in great detail, so you can hardly go wrong in choosing either one as a source of inspiration for this year’s Halloween. You can even find costumes for couples if you plan to go trick-or-treating with your significant other. We mention Edward and Bella from the Twilight saga or Spike and Drucilla from Buffy the Vampire Slayer.

Regarding the traditional costumes, you’ll find that they often consist of black dress pants, a white shirt, black shoes and a black jacket or a cape. Another staple item that almost every traditional vampire wears is the bow-tie. Red or black, the bow-tie paired with a long-collared cape make for the finishing touch when it comes to a good-looking costume.

As for the modern vampire costumes, you’ll find that contemporary vampires don’t stand out in terms of clothing. That’s somewhat logical because they have to blend in among us ordinary mortals. Smart-casual clothes will suffice for most costumes, such as black jeans or pants and a long fabric or leather coat to give a dark, mysterious feel around yourself. When it comes to female vampires, you can opt for a long, dark dress and black heels. 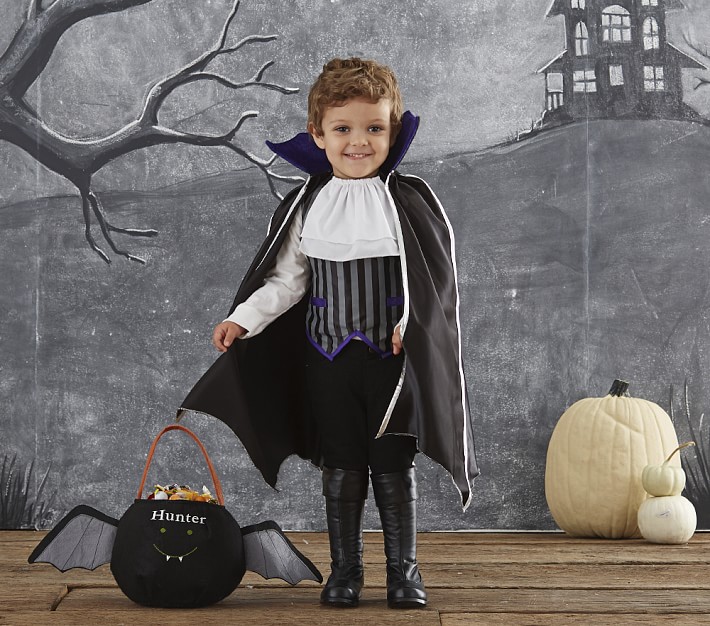 Let’s start with the biters. No vampire that respects itself would show his face at a party without having fangs. Regardless of the time period on which your costume is based, vampires had fangs since the beginning and you can say that without them the Prince of Darkness would be a regular talking zombie.

For a more powerful impact, you can look for fake blood which you can add to your suit. Just use it sparingly, you wouldn’t like to look like you’ve just finished an 8-hour shift at a slaughterhouse.

5 Cool vampire costumes for boys and girls was last modified: July 5th, 2018 by