Who said that Christmas should be all about traditional movies like “Home Alone” or “Frosty the Snowman”? It can also be about experiencing new cultures and embracing diversity. And what better way to do so if not by picking some cool movies to watch anytime?

If you are passionate about the Korean culture, our following selection of five movies should be enough to get you through the holidays. Just bring your popcorn and your partner to enjoy your favorite genre.

The Man from Nowhere

Directed by Jeong-beom Lee and starring Sae-ron Kim and Won Bin, this action/thriller movie will definitely keep you on your toes until the last minute. Similar to the American blockbuster starring Keanu Reeves, John Wick, the film tells the story of a widower with a mysterious past.

He befriends a young girl who is kidnapped by a dangerous drug gang but everything will complicate as he tries to rescue her. Without the help of the authorities, he needs to take the law into his own hands, even after he is framed by the same vicious criminals. 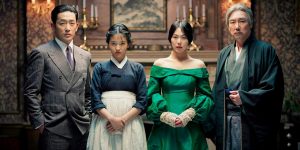 This is definitely not your average holiday movie but could prove an interesting and intriguing Christmas gift for Korean cinematography fans.

Coming from a gifted director who is known to take you out of your comfort zone, The Handmaiden tells the story of two strong women during the Korean occupation of Japan. The two leading actresses do their part wonderfully and will take you on an R-rated journey of friendship, betrayal, greed, passion, and perversion.

Most people who watched it claimed it is a true filmography masterpiece even though contains explicit adult scenes. 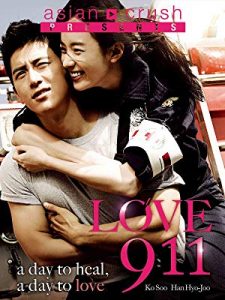 The holiday season is the perfect time to indulge in corny rom-coms and escape your stressful reality. But, instead of binge-watching Bridget Jones’s Diary all over again, why not try a more exotic plot?

The movie tells the story of Mi-Soo, a calculated doctor who is willing to do anything it takes to save her career and Kang-il, a dedicated firefighter with a history of his own. Will this unlikely couple manage to put aside all differences and make their love story last?

The movie follows a linear path, without putting the flat characters in breathtaking situations. Nevertheless, it’s more than your average Korean love story, so it’s the perfect choice for a snowy afternoon. 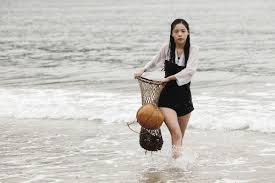 Leave it to Korean warriors to stop corrupted royals from turning the country into a land of violence. The plot of this movie is decent enough and there are no dull moments. The characters are nicely built and are put in dangerous situations to prove their loyalty and special skills.

The movie is perfect for children as it depicts the classic battle between the good guys and the bad guys, and we all know that the good guys win. It has the perfect balance between humor and drama and doesn’t contain any explicit violent or sexual scenes. 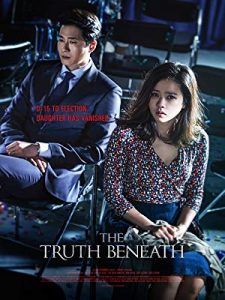 If you are a fan of the Korean cinema, this movie will surprise you in a positive way. A great combination between the thriller and the mystery genres, it is excellent for those who are tired of dull characters and linear plots.

The relationship between the characters shifts so you can’t figure it out until the credits roll at the end. The action will keep you seated as the dynamics change every few minutes. Don’t let the descriptions and fan reviews stop you from watching this as you won’t regret it. The movie is well written and, most importantly, very well played by all the actors.

How to find a cool Korean movie

South Korean cinematography has developed massively in the past two decades, leading to an increased consumption of such productions all over the world. If you want to keep an open eye to the international trends, you will easily see that the entire Asian culture, including fashion style and trends, cuisine, fine arts, and filmography, is expanding outside the continent’s borders, touching millions of Americans and Europeans, but not only.

Specific Korean fashion trends seem to be followed by numerous girls in all continents, while more and more youngsters become attracted by the Asian minimalist lifestyle, work culture, and filmography.

Korean cinematography has recently gained thousands of new adepts thanks to their modern vision trying to englobe the right amount of Western standards without using the Korean national identity. Thus, plenty of soap operas, historical movies, and the everblooming horror industry have become increasingly popular among youngsters throughout the world.

If you are looking for some cool Korean movies to watch, but you don’t have the time to search for them yourself, we hope that our following guide will help you make the right decision. Here you will find the easiest tips on how to make sure you picked the perfect Korean movies for a unique cinematic experience.

How we chose the coolest Korean movies

As previously mentioned, the effervescent South Korean movie culture seemed to become insanely popular in the past 15 years or so. More and more youngsters are fascinated by this Asian culture and declare themselves the biggest fans of Korean movies, whether we talk about soap operas, mangas, historical movies, horrors, and even comedies.

Thus, with so many options available, how can you make sure you chose the right ones to be called the best Asian movies? 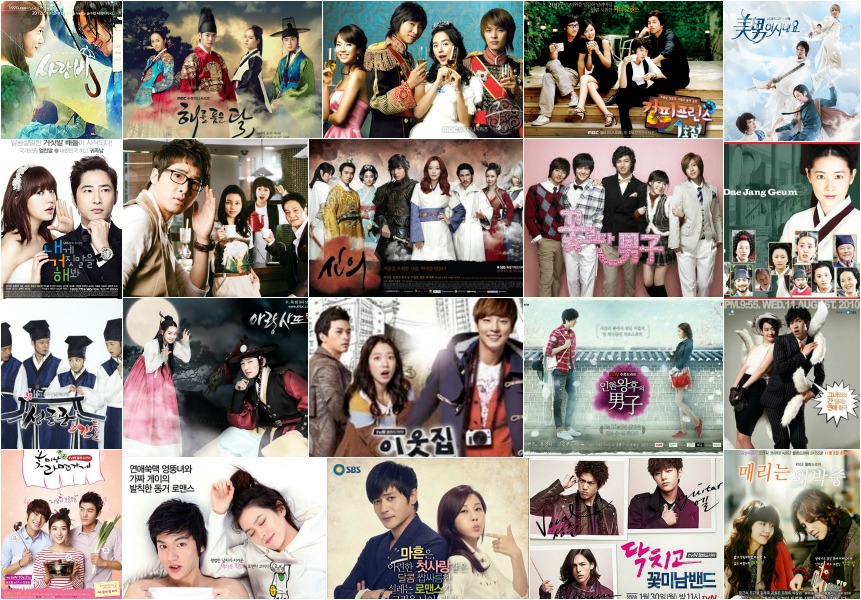 If you don’t know much about the Asian culture, it would be best at first to take some time and study it on your own. There are countless websites aiming to help you understand the biggest cultural differences between the East and the West, in all life aspects.

We strongly suggest you to first search, and then read some of the best Korean movies reviews to catch a glimpse of this fascinating new universe. You will definitely be in awe and even discover new passions and interests.

There is also the option to check your local DVD movie-renting store for Asian movies for sale for your first experience regarding the Asian cinematography. We guarantee there are lots of wonderful movies to see, true cinematic experience if you just take some time and do some research on your own.

Another way to find the best Korean movies is to simply go through dedicated forums or talk to your friends who may be more experimented in the field. Sometimes, exchanging ideas the old fashion way may seem the best choice for learning about a whole different other culture.

By far the most common Asian movies on the market in the past two decades have been the horror movies. From “The Ring” to “The Grudge”, “Dark Water”, and “Shutter”, these are only a few of the most memorable Asian horror movies made in the past years that echoed up to Hollywood and beyond. Some of them were easily turned into Hollywood successes, while others still give you nightmares, no matter how much you tell yourself it is just a movie.

You will experience similar emotions and chill with Korean horror movies. Although not as many as the ones made in Japan or Singapore, South Korea horrors will still give you the chills and cause you nightmares.

If you are into this sort of movies, you will have a pleasant surprise as there is no shortage of them, especially in the past ten years. So make sure to take a look at “Train to Busan,” “A Tale of Two Sisters,” “I Saw the Devil,” “Wishing Stairs,” “Phone” or “Whispering Corridors” (all of them) just to name a few.

Quick question: Have you noticed how most of the Asian horror movies, Korean ones included, only seem to have one word in the title? Like they take an ordinary word such as phone, ring, grudge, voice, cello, cat, and turn it into one of the scariest things you’ll ever see in your life so that the next time you come across to this word in your daily life will never be able to it as non-scary.

Don’t assume that Korean cinematography tries to impress its public only through incredibly scary movies. On the contrary, the recent years have seen a development in other genres, with more and more film directors trying to appeal to the younger generation which is mainly attracted by the Western culture and lifestyle.

Thus, you will see quite an abundance of movies with tons of American and Western stereotypes, the ones you usually see in Hollywood cheesy productions but transposed to fit the Korean standards and conceptions.

Nevertheless, some of them are truly funny, but we do suggest trying to watch them only with subtitles in order to understand some of the language subtleties imposed. “The Good the Bad the Weird,” “Miracle in Cell No.7”, “Going by the Book” or the Korean version of the American movie “Sex is zero” are just a few of the comedies that might strike your interest. 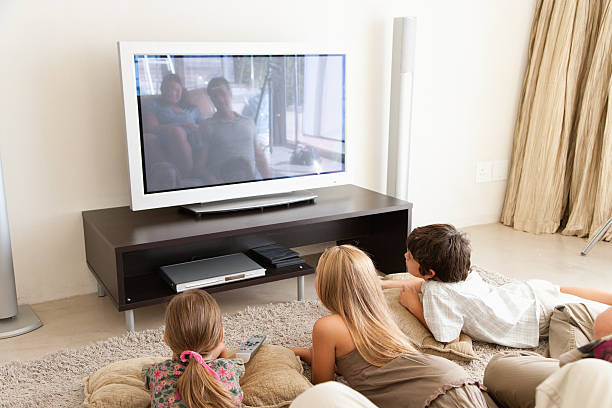 Again, don’t assume Koreans can’t be romantic too. Quite the contrary to your beliefs, they do not spend all day long hunting ghosts and torturing groups of friends with long-past souls or cursed diaries.

Koreans can be romantic too, proof that you will come across plenty of romcoms, perfect for a movie night with your friends or beloved one. “A Moment to Remember,” “The Classic,” “Deiji”, “Time” or “Always” are definitely movies that will catch your attention and even determine you to drop some tears, no matter how fierce you try to be.

All in all, the Korean cinematography is truly diverse, and we consider you should see it with an open eye, avoiding cliches about the entire Asian movie culture. Yes, some of the movies presented in this article will scare you out big time, but some others will truly make you cry.

No matter what you choose, keep in mind that there is a whole different world out there without Hollywood.